Preview Mode Links will not work in preview mode 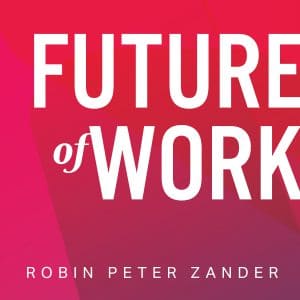 The world is changing more rapidly than we have ever seen before in human history. According to 2012 estimates, members of the S&P 500 were expected on average to remain in the index for only eighteen years, compared to the sixty-one years they might have expected in 1958. The anticipated lifespan of companies has dropped dramatically over the last few decades.

We also see this in the rise of the ridesharing industry—Lyft and Uber, among others—which was enabled by the proliferation of smartphones. This new industry seized a large part of the taxi market, which previously had been considered stable, if not untouchable. Similarly, the rise of home sharing—and most notably, AirBNB—was made possible by the hyper-connectivity of the Internet Age, and disrupted the traditional hotel industry.

Another example of the changing nature of the business landscape is the 2017 acquisition of Whole Foods by Amazon.com. The day the acquisition was announced, Whole Foods stock rocketed almost 30%, while the value of competitors in the grocery business dropped precipitously. The presumption, it seems, is that disruption of the grocery industry is now inevitable.

There’s a broad lesson in the emergence of ride sharing, home sharing, and the Whole Foods acquisition—which is that any organization or industry is liable to be shaken up at any moment. The goal of every company in the 21st century should be to become resilient, flexible, and have the capacity to respond to inevitable change. Industries, today, can change with unprecedented speed.

If you’ve enjoyed Chapter 2 of Responsive, you can purchase a Kindle or print version of the book on Amazon. And be sure to check out the Responsive Conference, coming up September 24-25th in Queens, NY.

In The Robin Zander Show, Robin sits down with learners from a diversity of disciplines to understand how individuals and organizations can keep pace with accelerated change and thrive.